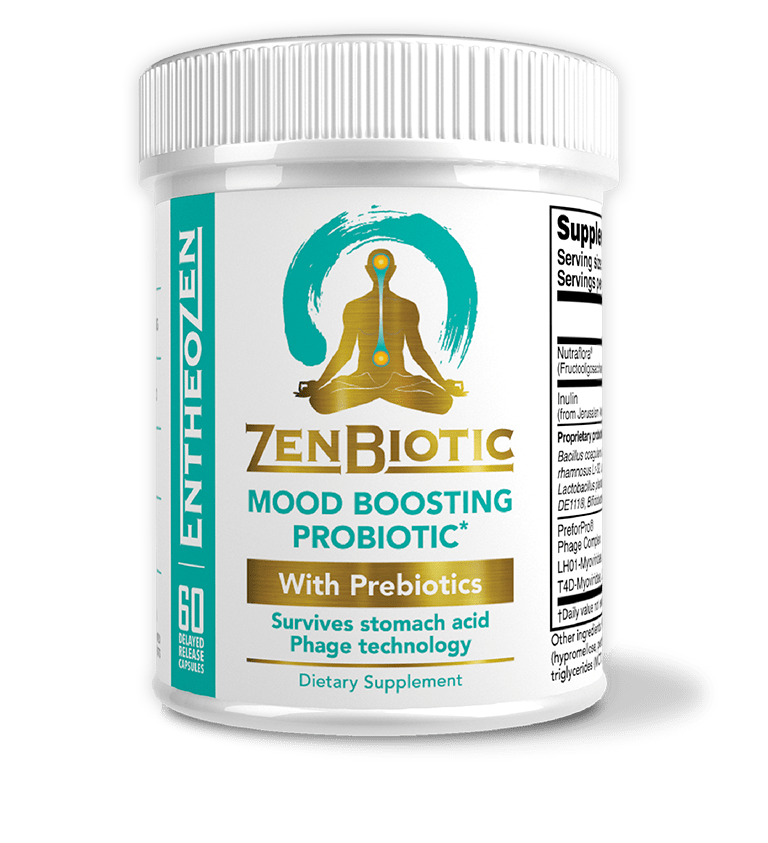 Use ZenBiotic to heal the biological origins of bad moods. Eliminate bad bacteria that stress your body and brain and replace them with beneficial bacteria that produce feel good neurotransmitters and heal your gut.

Do You Suffer From Sadness & Low Motivation?

Overuse of antibiotics, pesticides and sterile living environments have decimated the diversity of bacteria in the digestive tract of modern humans. These bacteria help to digest the food we eat and transform it into the nutrition we need to thrive.

Without the resilience of a vital gut ecosystem and the support that it provides to our moods, life can wear us down. Bad bacteria release toxins into our bloodstream that can penetrate the blood brain barrier and agitate the tissues of the brain. 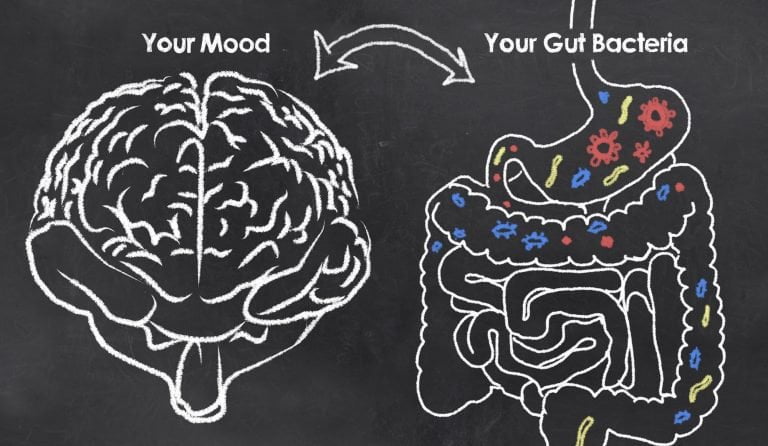 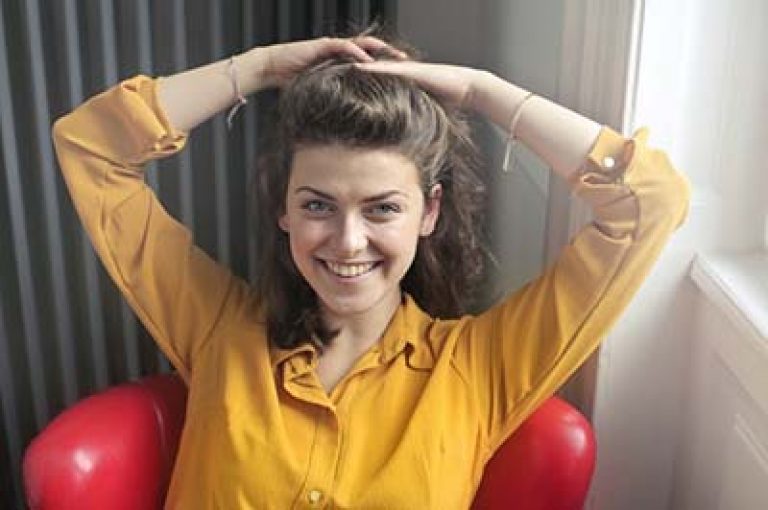 Regain your excitement for life again 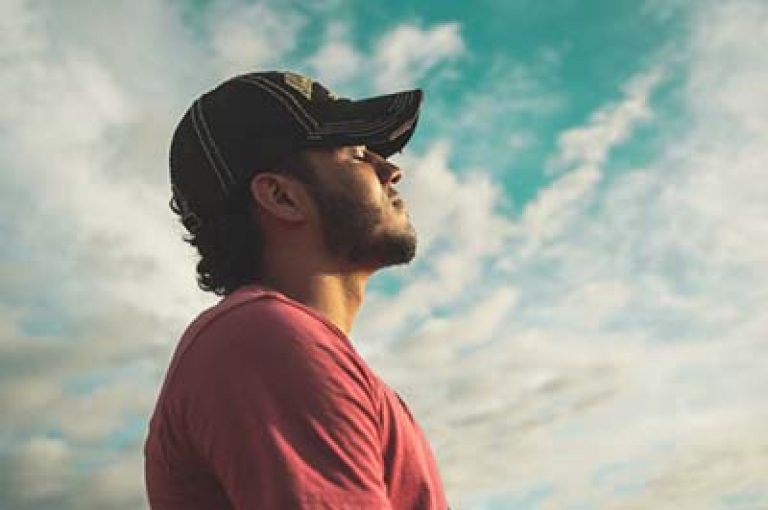 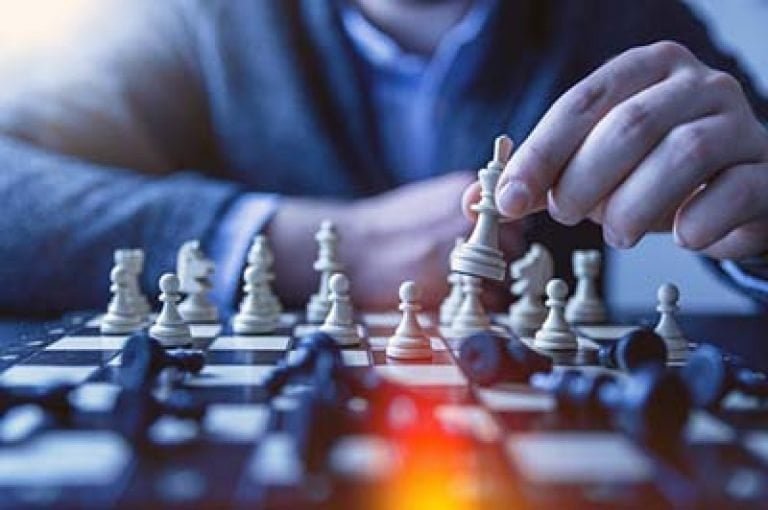 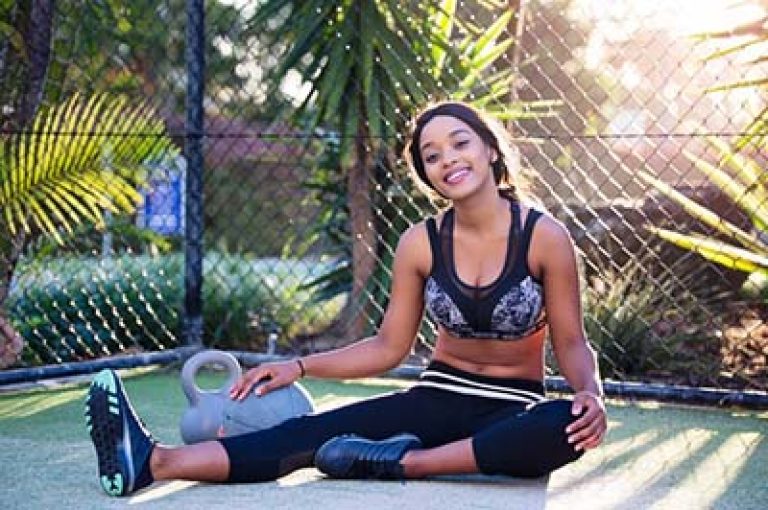 Enjoy the benefits of a healthier brain, stronger immune system and improved digestion. 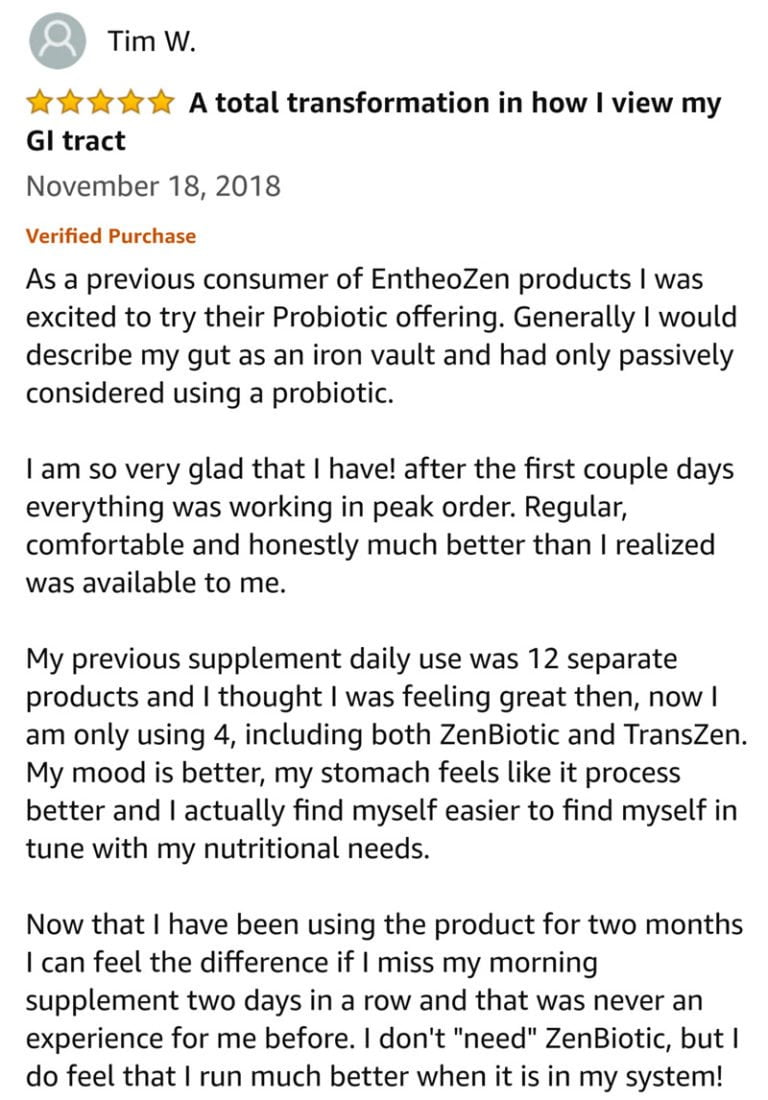 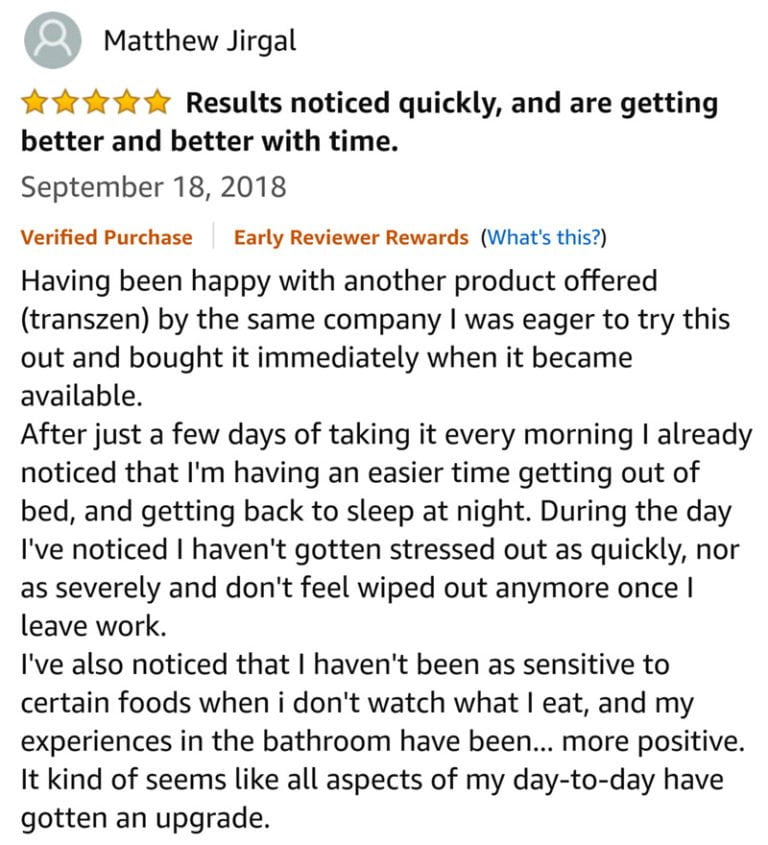 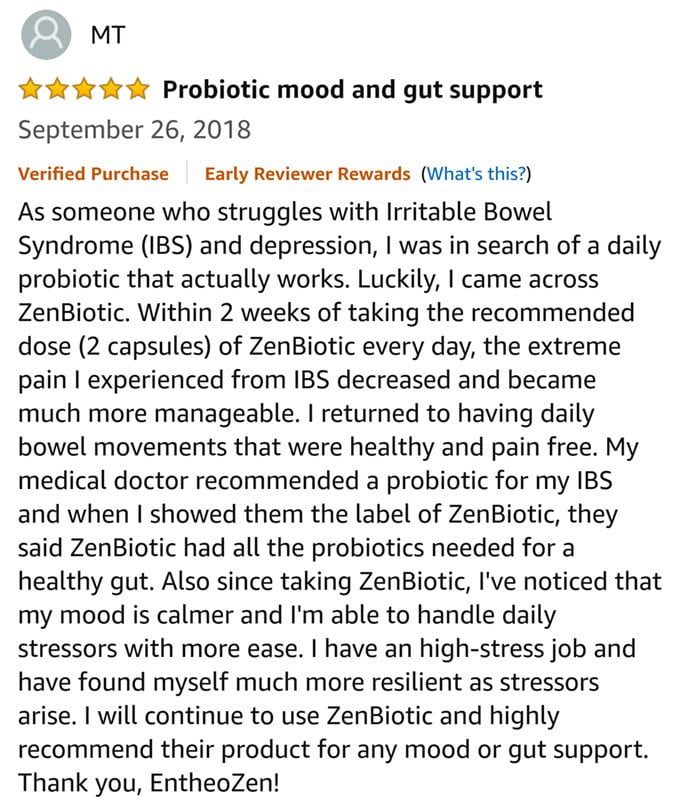 Zenbiotic repairs and optimizes the body systems responsible for long-term mood health. The micro-organisms in Zenbiotic help the gut flora to produce the mood boosting neurotransmitters GABA, Serotonin and Dopamine while simultaneously reducing the production of the neurotoxin LPS. Building a healthy gut is the key to long-term mood health. 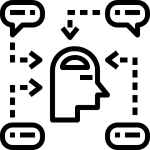 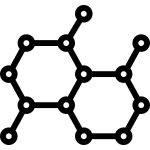 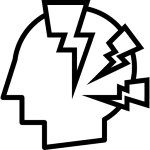 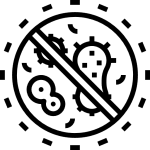 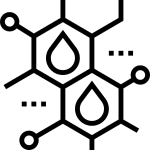 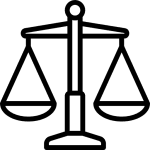 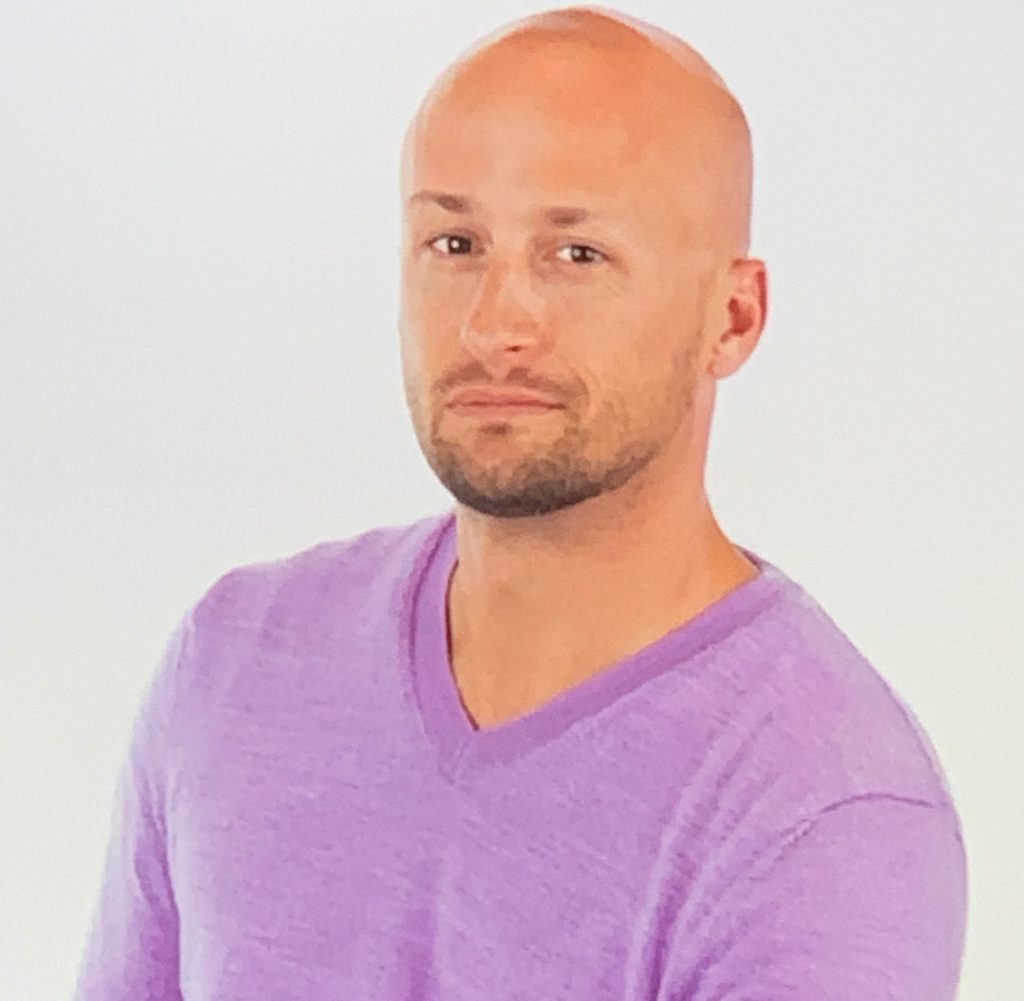 “This is one of the most well researched and effective probiotic products that I have come across. As a doctor, quality and efficacy is important to me and my patients.

This probiotic contains cutting-edge ingredients such as the biophages that attack specific pathogenic bacteria and clinically-studied spore-forming probiotic strains. Both of these features make Zenbiotic a superior supplement when it comes to my patients gut health.Not only is it a brilliant formulation, I also know I can trust this company when it comes to ingredient sourcing and ethics.“

EntheoZen prioritizes putting clean, quality and bioavailable ingredients in our products to deliver a premium supplement that delivers real results. All of the probiotic species in Zenbiotic were carefully selected based on the scientific evidence of their ability to support a positive mood and a healthy brain. Each ingredient goes through rigorous laboratory testing to verify the ingredient and confirm that they are free of heavy metals, fillers and bacteria contamination.

EntheoZen’s products are free of controversial synthetic excipients such as magnesium stearate, silicon dioxide and other lubricating agents or fillers. We use only natural rice-derived materials in addition to the active ingredients. Our aim is to deliver nutritional tools that are squeaky clean and sustainable for long term use. We only create products that we would consume ourselves (and we’re kinda snobby…) 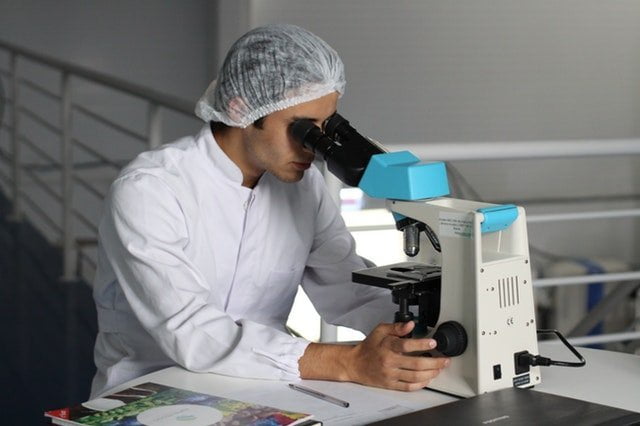 How to get the most out of ZenBiotic

For a healthy adult: Take 2 capsules daily right before a light meal. Having some food in the belly protects them from harsh stomach acid and also gives them something to eat!

For Microbiome dysbiosis/digestive issues: It is recommended to start with a gut cleansing protocol, and then slowly introduce probiotics when you are ready to inoculate. Start with 1 capsules and increase up to 4 capsules per day for intensive support. Die-off and detox symptoms may emerge as bloating, cramping, diarrhea and fatigue. This will usually subside between 3-7 days. After 2 weeks of intensive protocol, resume the standard dose of 2 capsules per day.

For Post-Antibiotics: Take 4 capsules daily for 2 weeks immediately after finishing antibiotics, then resume 2 capsules a day for maintenance. 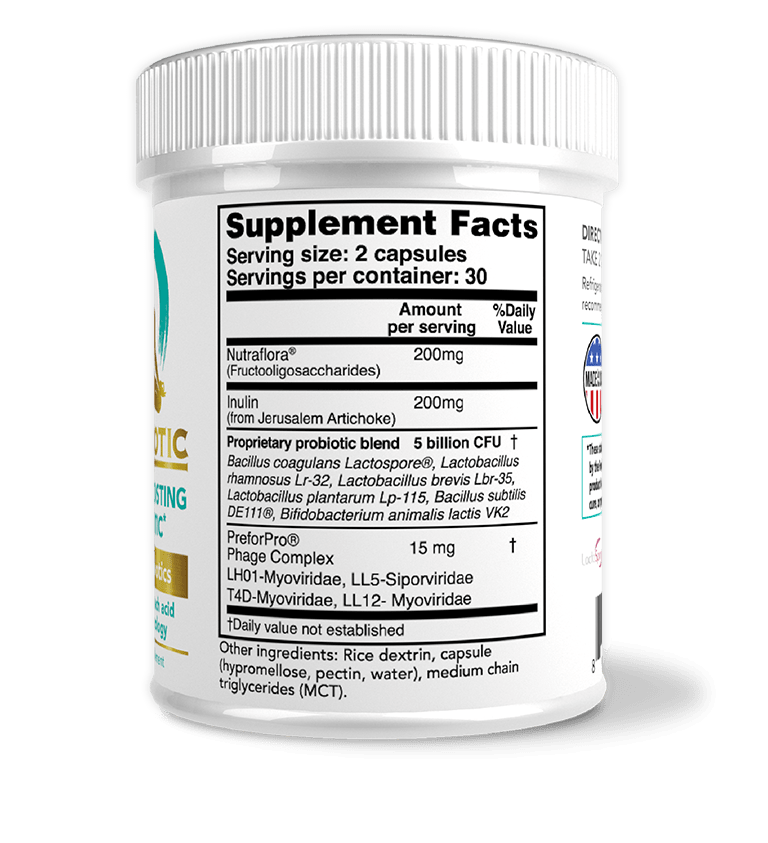 What to expect when taking ZenBiotic?

Heal your mood from the inside out 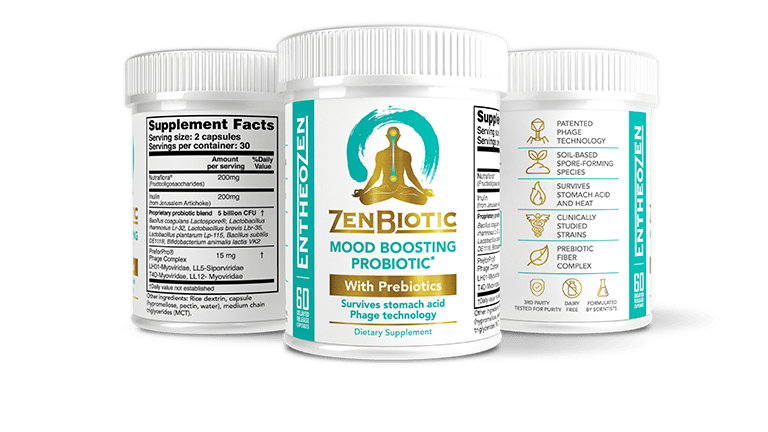 A PREMIUM PROBIOTIC DESIGNED TO BOOST YOUR MOOD 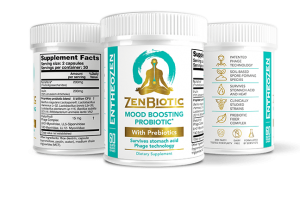 A one month supply of ZenBiotic
1 Bottle
Add to Cart

A cutting-edge probiotic that is truly unique

ZenBiotic has been consciously crafted to include a variety of remarkable probiotic technologies making it one-of-a kind. ZenBiotic is a synergistic blend of traditional probiotic species, heat-resistant spore-forming species, bacteria-specific phages, and gut-healing nutrients to support a balanced, comprehensive formula that promotes mind body wellness from every angle. 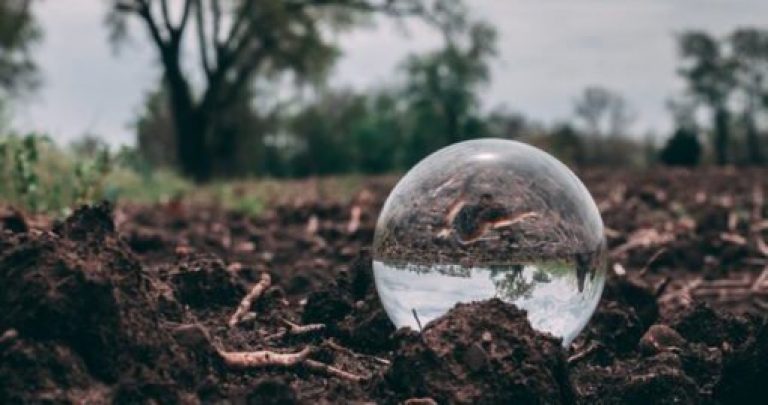 Spore forming species in the genus, Bacillus, is the original “primal” probiotic found in soil. It can form a protective spore allowing it to survive stomach acid, heat, UV radiation and even space! Bacillus is unique to other probiotics because of their ability to attach to the gut lining, proliferate and actually colonize in the intestine. Bacillus has been observed to promote and restore biodiversity to the gut microbiome by intelligently attacking overgrown bacteria and nurturing good bacteria. 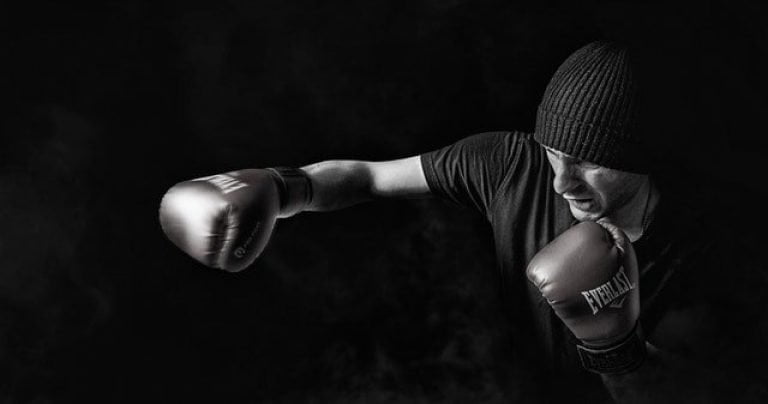 Bacteriophages are tiny viruses that attack very specific strains of pathogenic bacteria in the gut. In this case, our patented PreforPro phage complex targets a strain of E. coli in the gut, killing them and then spilling out their inside contents. This spillage creates a prebiotic effect, feeding surrounding “good” bacteria and augmenting their growth by 10-40x the amount. Phages are a non-fiber prebiotic unlike most other prebiotics which can contribute to feeding bad bacteria and cause gas or bloating. 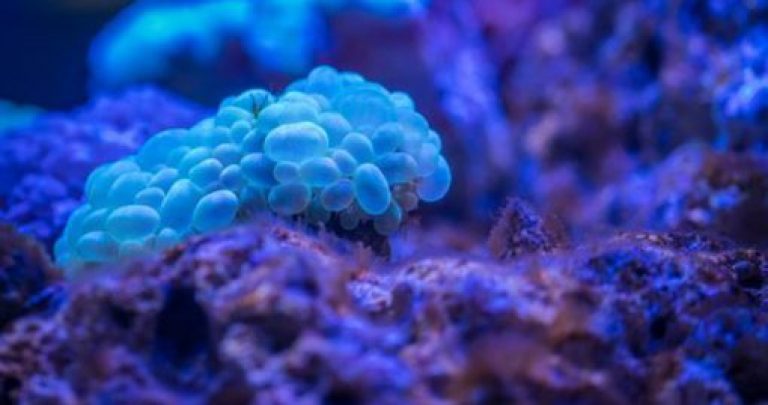 ZenBiotic contains 6 different strains of probiotics from the lactobacillus, bifidobacterium and bacillus families. Combined, these strains promote biodiversity and balance in the gut-brain axis. Each species was carefully selected based on scientific evidence in supporting brain and mood health. 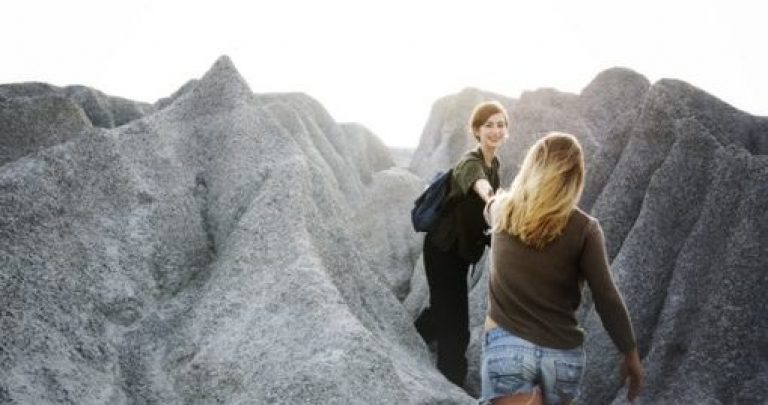 Plantarum is a lactic acid producing bacteria. It is commonly found in plant matter and fermented foods. L. Plantarum PS128 creates neurotransmitters serotonin, dopamine and acetylcholine as a metabolite byproducts. L. Plantarum has been observed in studies to reduce depression-like behavior in those with early-life stress. L. Plantarum PS128 is also known for regulating the stress hormone, cortisol through the HPA (hypothalamus-pituitary-adrenal-axis), normalizing the stress response system. Studies suggest that L. plantarum C29 may improve memory due to the acetylcholine production. Studies have also shown that L. plantarum C29 can mediate the release of pro-inflammatory molecules called cytokines, as well as reduce the amount of LPS endotoxin in the gut by promoting intestinal flora balance.

Coagulans is a spore-forming bacteria that is soil-based. The Bacillus species are notorious for their ability to survive heat, stomach acid, and transport and colonize effectively in the human gut. Like B subtilis, B coagulans has been observed to increase the growth of beneficial bacteria in the gut, as well as increase anti-inflammatory cytokines. Bacillus species are like the composers, while the other beneficial bacteria are the orchestra. B coagulans supports a healthy balance of intestinal microbes, promoting a healthy immune system, nervous system, and digestion.

Rhamnosus R0011 was found to normalize anxiety-like behavior and learning and memory deficits in immune-deficient mice with HPA (hypothalamus-pituitary-adrenal axis dysfunction. studies.) L. Rhamnosus JB-1 was found to alter the mRNA expression of both Gaba A and GABA B receptors, creating implications for it’s role in alleviate anxiety and depression.

B subtilis is spore-forming species that is known for colonizing and proliferating effectively in the human gut. They are soil based organism that are known for surviving heat, transport, and stomach acid. B subtilis spores can survive up to 6 years in space! Studies suggest that the presence of B. subtilis can normalize gut dysbiosis, especially after antibiotic use. Other studies has shown that B. subtilis causes an increase in BDNF (brain-derived-neurotrophic-factor) promoting regeneration and repair of brain cells and neuronal structures such as dendrites and synapses. It also has been found to alleviate oxidative stress, which is a huge driver in neuroinflammation.

B subtilis has been used in livestock extensively as an alternative to antibiotics. It has been observed to increase growth of beneficial bacteria such as bifidobacteria and L. acidophilus, while reducing pathogenic bacteria such as clostridium and H. pylori.

Brevis is a probiotic that is very effective at converting glutamate into GABA, promoting a healthy balance of neurotransmitters. Increased GABA can be effective for reducing anxiety and boosting mood. In a study comparing L. brevis FPA3709 to fluoxetine, L. brevis was equally effective but did not create the side-effects that came with fluoxetine.

Formerly known as L. infantis, L animalis lactis 35624 was found to increase serum levels of tryptophan, a precursor to serotonin. A reduction is depressive-like behaviors were observed and was comparable to the SSRI drug citalopram. Researchers observed modulation of serotonin and dopamine transmission, as well as an anti-inflammatory effect.

NUTRAFLORA® is a short chain fructooligosaccharide, which is a type of dietary fiber that feeds beneficial bacteria and aids digestive health.

Inulin is a dietary fiber that is found in many plants. It is a type of oligosaccharide called a fructan. It’s a prebiotic fiber that feeds bacteria and aids in digestive health.

A randomized controlled trial to test the effect of multispecies probiotics on cognitive reactivity to sad mood.

EntheoZen’s products were born out of a personal need for supplements to effectively achieve whole-body wellness.

Each product takes years of research to develop. We spend lots of time reading through academic medical journals, going to neuroscience conferences, discussing with doctors and researchers in order to synthesize all of the information in a way that delivers actionable benefit to you.

We like to take a step back and see the bigger picture. Without fixating on one ingredient, we can integrate all of the science in a way that creates a product that is balanced, well-rounded and wholistic. Our products take advantage of the synergistic properties that many of the nutritional tools create when combined to deliver something that is safe, sustainable and effective. 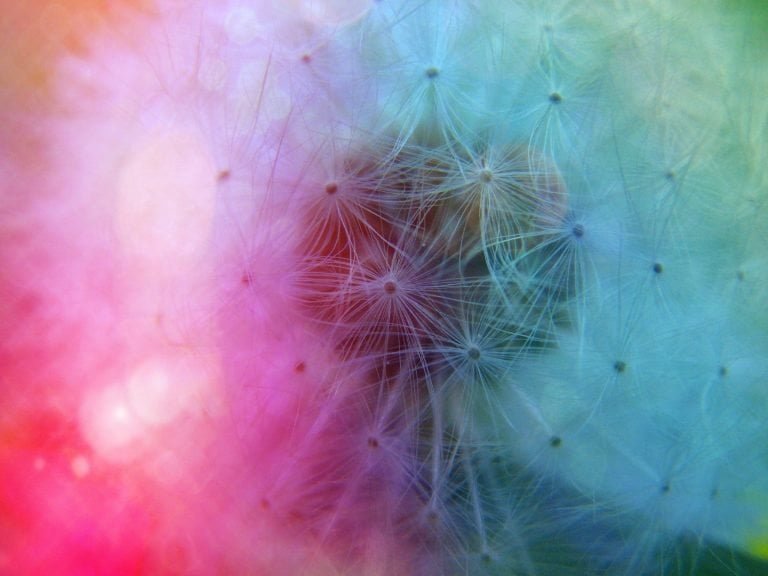 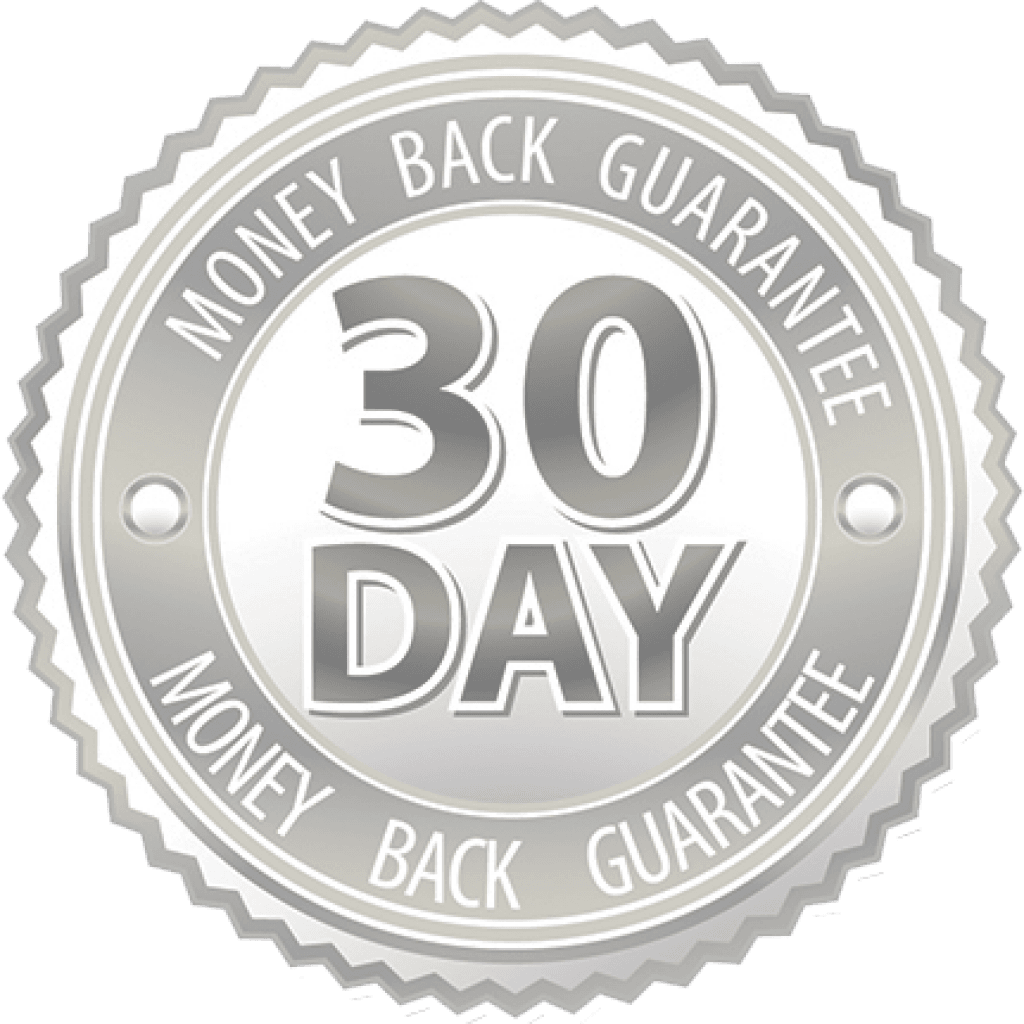 We created EntheoZen because we want people to feel fantastic. It’s important to us that feel 100% satisfied with your purchase.

If you do not feel completely satisfied with Zenbiotic in the first 30 days after delivery, for any reason whatsoever, contact us for a total refund.

The 30 Day Money Back Guarantee policy applies to all first time purchasers of the Zenbiotic. It does not apply to subsequent orders of the product. There is a limit of 1 money back guarantee per household.