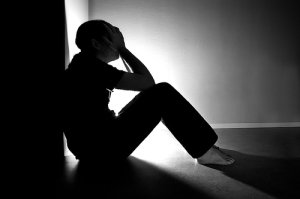 L-Tryptophan: Tryptophan is an essential amino acid. It gets converted into 5HTP, and then to serotonin in the brain. If you are not getting enough tryptophan-rich protein sources you may have low levels of serotonin. This is common for vegetarians and vegans. Low levels of serotonin are associated with depression, anxiety, insomnia, increased appetite, and addiction.

L-Tyrosine: Tyrosine is an amino acid that acts as the precursor to dopamine. It gets converted to L-dopa by the body, and then later to dopamine. Low dopamine levels are also shown to be linked to depression and anxiety disorders.

Vitamin B6: Vitamin B6 is fundamental for the production of serotonin in the body. It acts as a cofactor, catalyzing the conversion of tryptophan to serotonin. It is also involved in the production of a number of other important neurotransmitters such as dopamine, norepinephrin, epinephrin and GABA. B6 deficiencies are associated with symptoms of depression and anxiety. Only 1 in 5 people are getting the adequate amount of B6 in their diet.

Magnesium: Magnesium is one of the most widely use minerals in the body. Involved in over 300 catalytic reactions in the body, it is also extremely important for the production of neurotransmitters. Magnesium promotes overall nervous system health and plays a role in repair and recovery after trauma or stress on the nervous system. It also promotes neuroplasticity and development of new neural networks. Deficiencies in magnesium are also correlated with depression and anxiety symptoms. Magnesium supplementation has shown to enhance cognitive abilities and protect against glutamate-mediated excitotoxicity.

Vitamin B12: B12 is important for metabolism, DNA synthesis, and overall cell energy production. Vitamin B12 deficiencies can cause symptoms such as fatigue, depression, poor memory and even cause symptoms of mania and psychosis. B12 also supports the myelin sheaths that help nerve cells insulate the conduction of electricity. It also contributes to the body’s production of SAMe, a chemical that is used as an antidepressant aid.

Folate: Folate plays a similar role as B12 in the body. It contributes to cell repair, DNA methylation, and cell reproduction. Studies have found a strong correlation with low folate levels and depression. In supplement form, it is called folic acid, but then is converted by the body into folate.

Niacin: Because niacin is a precursor to tryptophan, not having enough can take away from the ammount of tryptophan available to make serotonin. Depression and anxiety symptoms are tied to deficiencies in niacin.

Iron: Iron is important for creating molecules that help transport oxygen in the blood stream. Oxygen is obviously very important for maintaining cell energy and health. Low levels of iron are associated with depression, fatigue, lack of appetite, headaches, etc.

Don’t feel like buying all of these things separately to combat depression? Don’t worry, we got you covered with our supplement formula that has combined the best ingredients to promote a happy mood.