Could BDNF and Neurogenesis Be The Natural Solution to Depression and Memory Loss?

Did you know that the adult brain continues to grow new brains cells in a process called neurogenesis? This is due to a very important protein called BDNF or brain derived neurotrohic factor. In this video, I’m going to blow your mind by teaching you about about this amazing brain fertilizer protein. Stick around til the end where I share with you how to increase neurogenesis in your brain by boosting your BDNF levels naturally.

It turns out, the brain is much more adaptable and resilient than we initially thought. Up until the 1990s/early 2000s, conventional belief in neuroscience was that after a certain age, the brain stopped producing fresh neurons. It was widely believed that as an adult, you were stuck with what you had in your noggin, and any brain cells that you lost to head injuries or binge drinking were just gone forever

The truth about neurogenesis in the adult brain.

Turns out, there’s actually 2 areas of the adult brain where neural stem cells exist and prompt neurogenesis, or the growth of new neurons. The 2 areas are the hippocampus and the olfactory bulb. Now, it’s not too surprising that there is adult neurogenesis happening in the hippocampus, given it’s importance in memory consolidation and emotional processing. However, it’s much more intriguing that the oldfactory bulb creates new neurons, considering it’s main identified role is in the processing of smells and tastes. Fascinating right?

BDNF or brain derived neurotrophic factor is an important protein that mediates the growth, repair and survival of existing neurons, as well as prompting the growth of whole new neurons. BDNF is basically like miracle grow fertilizer for your brain.

What does the BDNF protein do?

1) to preserve and maintain the survival of existing neurons and

2) to initiate the formation of novel neural networks through neuroplasticity as a means of adapting to stress in the environment that may require enhanced learning and cognition to ensure survival of the animal.

Low levels of BDNF are associated with anxiety, depression, PTSD, schizophrenia, bipolar disorder, cognitive decline and neurodegenerative disease. Drugs and interventions that increase BDNF show great promise as a treatment for many of these conditions.

Okay, bear with me, I’m about to get a little sciencey on you guys.

BDNF is encoded by the gene called BDNF. It is created in the endoplasmic reticulum of nerve cells.

BDNF directly binds postsynaptically to trkB and p75 receptors on receiving neurons. The BDNF-trkB pathway appears to be importance for short-term memory development and the growth of new neurons. The role of P75 receptors is not as clear.

Interestingly, when BDNF and other neurotrophic factors bind to just P75, it activates cytokine nfkB and actually induces cell apoptosis or death. However, when BDNF binds to TrkB in addition to P75, it appears to override this signal and protect the neuron.

BDNF expression is prompted by the stimulation of the NMDA glutamate receptor which allows calcium to enter the cell. Calcium influx is essential for instigating the activation of BDNF gene expression. In this way, NMDA glutamate receptor activation is crucial for initiating neuroplasticity and neurogenesis via BDNF expression. This is a fundamental mechanism for learning and memory formation.

BDNF can also interact directly with NMDA-glutamate receptors affecting receptor function and initiating downstream chemical cascades that are important for spatial memory in the hippocampus.

Now unfortunately, some of us have a gene polymorphism or mutation that changes the way BDNF functions in the brain.  Not gonna mention any names but, this girl right here has the Val66Meth SNP. This mutation is called Val66Met, indicating that a valine is switched to methionine at codon 66 in the BDNF protein formation. This mutation results in the BDNF RNA being more prone to degradation as well an having issues with trafficking and secreting BDNF molecules appropriately.

Those with this polymorphism have reduced volume of tissue in the hippocampus, and are associated with learning and memory disorders, anxiety and neurodegenerative diseases like Alzheimer’s and Parkinson’s.

How can I increase BDNF levels in my brain?

So luckily, the really cool thing is, you can actually influence the expression of BDNF in a number of natural, safe and healthy ways.

Some interventions that increase levels of BDNF include:

The Easy way to boost BDNF and Neurogensis

Not sure which is the best way to go about boosting your BDNF levels? Some of the known interventions may be more accesible than others. If you’re looking for something easy, I will give you one little hint. Our product, TransZen, contains several ingredients that have been scientifically studied to upregulate BDNF in the hippocampus. Blueberry extract, turmeric extract and L-theanine to name a few. So if you’re looking for a BDNF boosting supplement to boost your neurogenesis and optimize your mood and memory, check out TransZen. It’s neuroscientist-formulated with 17 different carefully selected ingredients. 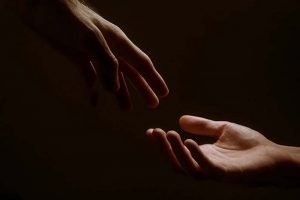 Dating Someone With Depression While Caring for Yourself

According to the CDC, 4.7% of adults over the age of 18 experience depression in the US. Thankfully, the importance of mental health is getting more attention than ever, which 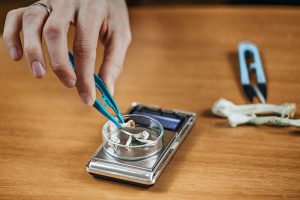 How to Microdose Psychedelic Mushrooms: A Complete Guide

Perhaps you’ve heard some of the buzz around microdosing. Silicon Valley executives are claiming that it gives them the edge they need to create the next great product.While others are

Tiny bacteria-specific viruses called phages could revolutionize health care and how we treat infectious diseases. Not only do phages show promise for treating antibiotic-resistant superbugs, but they also can help