Living here in Indonesia, MSG or monosodium glutamate is a popular food additive that is quite common. It’s super common in processed foods in America and many other Asian countries as well. So, I wondered to myself, is it healthy to be eating this much MSG in my diet?

I decided to set out on a quest for truth in understanding what the actual health risks of Monosodium glutamate are. In this article, I’m going to share with you what I discovered in my research.

What is monosodium glutamate?

Now many foods contain naturally occurring monosodium glutamate salts in them. Originally MSG was identified and derived from sea weed, but it turns out it is actually what gives that irresistible savory flavor to tomatoes, mushrooms and cheeses also. Monosodium glutamate is responsible for the Umami flavor profile.

We have 5 different types of tastes. We have sweet, sour, salty, bitter and then umami. Umami flavor is said to help augment and synergize flavors together creating more full and savory tasting food.

MSG earned a bad rep for it’s prevalence in American Chinese food. Some people reported feeling headache, dizzy, weak and experiencing heart palpitations after eating Chinese food. This was attributed to the presence of MSG and termed “ Chinese restaurant syndrome”.

There is much controversy about whether MSG actually can cause these symptoms, and placebo controlled studies failed to show any evidence that people consuming MSG were experiencing these symptoms afterwards. Many called the stigma about MSG in Chinese food a result of racism and xenophobia asserting that there were no actual unhealthy effects of MSG.

When I did a basic search of the internet looking for the answer to whether monosodium glutamate could cause harm or not, I found a lot of opinions that the fear of MSG was largely all hype and perpetuated by rascism. But I’m a scientist, so I went straight to the scientific literature to diver deeper into this.

The science on MSG

What I discovered was that there were actually a plethora of studies that supported the theory that monosodium glutamate is actually neurotoxic due to it’s ability to be excitatory to neurons. MSG basically initiates a condition called glutamate excitotoxicity. Glutamate excitotoxicity happens when there is excessive glutamate receptor activity which leads to increased free radical production and damage to nerve cells.

Much of the debate that I encountered in my MSG research was around the methodology of some studies. For example, people argued that injecting mice with MSG is simply not the same as eating it and that you can’t draw conclusions about the effects in humans from mouse studies, all of which, are somewhat valid points to make.

However, I found studies in rats that showed that oral administration of comparable doses of MSG in the diet did produce notable neurotoxic effects observed in the brain and organs of rats. Several rat studies have shown that MSG causes oxidative stress resulting in apoptosis of healthy nerve cells. The brain and immune cells are particularly susceptible to the damaging effects of MSG-induced oxidative stress due to their dense makeup of vulnerable lipid membranes. Studies have also shown evidence of genotoxicity from monosodium glutamate as well as toxicity to the liver and kidneys.

In a rat study with chronic, long term oral administration of doses of MSG that were comparable to what humans would consume in food, the MSG treated group of rats had significantly higher mortality rate, fertility problems, lower testosterone in males, mild liver and kidney inflammation and fibrosis, and increased serum cholesterol and triglyceride levels.

Many rat studies show a causal link between MSG and obesity, and some human studies also suggest the relationship between the two, though the human studies’ methods are more controversial.

We know that consumption of MSG can result in increased blood levels of glutamate. Some argue that glutamate can’t cross the blood brain barrier, so therefor MSG would not result in an excitotoxic effect in the brain. However, it seems as though many people forget that not all of our neurons are in our brain. Glutamate receptors and neurons in the intestines are susceptible to glutamate excitotoxicity just as much as brain neurons are. The over excitement of these gut neurons can relay excitotoxic cascades to the brain and prompt neurotoxicity.

Now, many people who argue that MSG doesn’t harm humans are basing this off of the fact that placebo controlled human studies have been inconclusive about whether MSG causes headaches, dizziness or the other symptoms that people report with “Chinese restaurant syndrome”. The thing is, the absence of these acute symptoms doesn’t necessarily equate to it being healthy for you. We are obviously not able to sacrifice people and look at their brains under microscopes like we are rats. Which is why rat studies are so valuable.

Yes, rat studies don’t always equate to how things work in humans, but in this case, observing the excitotoxic effect of monosodium glutamate on these rats gives us a pretty good idea about how it may be effecting humans. We have been using rats to study and understand the role of glutamate signaling and excitotoxicity in the human brain, so why would we accept that research as translatable but not research on MSG? The glutamate system is fairly conserved and somewhat consistent in mammals, so there’s unlikely to be any radical differences between a rat and a human as far as glutamate excitotoxicity goes.

So, while eating the occasional dose of monosodium glutamate is not going to immediately kill anyone, it’s probably not something that you want to consume on a regular basis. It appears that MSG can cause an excitotoxic stimulation of neurons which leads to increased oxidative stress.

Oxidative stress is often times the primer for the development of other diseases such as cancer, metabolic syndromes, autoimmunity, mental illness, and neurodegenerative diseases, all of which are associated with glutamate excitotoxicity. So its possible that regular consumption of MSG could promote consistent glutamate excitotoxicity in susceptible individuals, leaving them vulnerable to the progressive development of more severe disease states.

So in summary, Don’t be afraid of the occasional MSG-laden Chinese takeout indulgence and maybe don’t eat MSG everyday just to be safe.

If you just can’t give up MSG and would rather find ways to nutritionally mitigate the excitotoxic effects, check out our product TransZen. It’s a cutting-edge nutritional supplement that helps balance glutamate activity in the brain and can protect you from the evils of the monosodium glutamate. 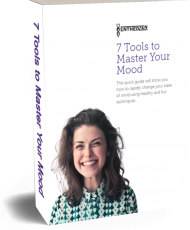