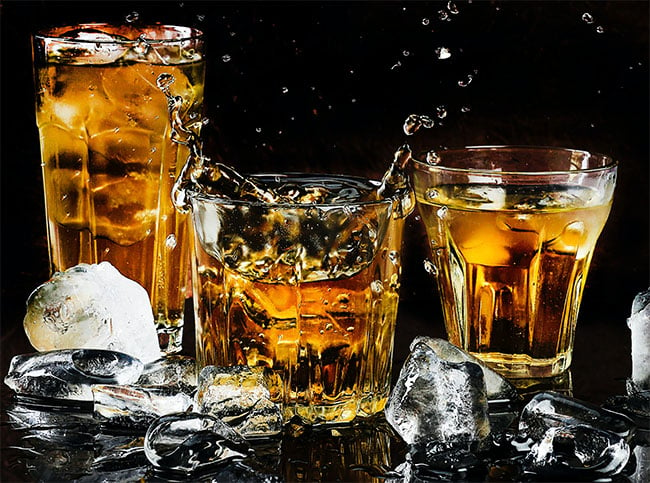 5-HTP is a naturally occurring amino acid. Though there are a couple of sources of 5-HTP in nature, it is predominantly synthesized by the body from L-Tryptophan and then later converted to Serotonin. It is the intermediate between tryptophan and serotonin.

5-HTP supplementation has been found to be an effective way of increasing serotonin levels. 5 HTP is used as an antidepressant, sleep aid and appetite regulator.  It can also be used to treat fibromyalgia, obesity, insomnia and anxiety disorders. Most 5-HTP supplements are sourced from the African plant, Griffonia simplicifolia.

Because it is a direct precursor to serotonin, precaution should be taken when combining 5-HTP with other drugs, supplements, herbs and stimulants known to affect the serotonergic system. This includes antidepressant medications (including SSRIs and MAOIs), recreational drugs that act on the serotonin system and supplements like St. John’s wort, which exhibits SSRI-like properties. Combinations can lead to too much serotonin in the brain or serotonin toxicity, also called serotonin syndrome.

The Effects of Alcohol

The effects of alcohol on the brain are complex, but it mainly affects the GABAminergic system. Alcohol binds to GABA receptors and acts on the same receptors as drugs such as barbiturates and benzodiazepines, like Valium. Alcohol also binds to acetylcholine and serotonin receptors and is also known to inhibit the breakdown of dopamine.

The body breaks down alcohol by converting it to acetaldehyde in the liver and then acetyl to produce energy for cellular metabolism. Acetaldehyde is a toxic intermediate and plays a large role in the damaging effects by alcohol. Acetaldehyde is known to activate the dopamine system and may be involved in promoting and  maintaining alcohol addiction.

Alcohol and the Serotonin Pathway

Because alcohol reduces the level of serotonin, chronic alcohol consumption or alcoholism may cause other problems related to chronic low levels of serotonin. Because of this connection to low serotonin levels, alcoholism usually occurs with problems such as sleep disorders, fatigue and depression. All of alcohol’s side effects are similar to the symptoms of low serotonin levels, therefore, experts believe that increasing serotonin activity in the brain may improve the negative side effects of alcohol.

Heavy alcohol consumption initially triggers increased serotonin secretion in the brain. This promotes the feelings of euphoria and buzz that drinkers enjoy. As the blood alcohol concentration increases, it begins to act as a depressant in the central nervous system shifting to a sharp fall in serotonin release and an increase in GABA activity.

Long-term use of alcohol causes tolerance and physical dependence to develop. When alcohol consumption is reduced or stopped, alcohol withdrawal can occur. Alcohol withdrawal syndrome is a serious medical condition that can lead to seizures and delirium. It is caused by over-excitation of the central nervous system due to the absence of its usual and expected depressant effect from alcohol.

Mild signs of alcohol withdrawal syndrome include headache, irritability, migraines, restlessness, nausea, sweating, vomiting, diarrhea  and sleep disturbances. These symptoms can quickly develop into severe ones such as hallucinations, depression, psychosis, rapid heartbeat, insomnia and catatonia. Alcohol withdrawal symptoms are treated by a number of medications such as antipsychotics, benzodiazepines, anticonvulsants, barbiturates and even low doses of alcohol. Supplementation with 5-HTP can safely help alleviate withdrawal symptoms by increasing serotonin levels.

Concurrent Use of 5 HTP and Alcohol

The use of  5-HTP  is useful for trying to overcome alcohol dependence or prevent alcohol withdrawal symptoms. It is advisable to take 5-HTP at least 6 hours before consuming alcohol.  The results of combining 5-HTP and alcohol is relatively hard to predict due to the complexity of alcohol’s effects and the diversity in different people’s chemistry.

Because initial alcohol intake increases serotonin activity, combining excessive amounts 5-HTP and alcohol may contribute to  symptoms of serotonin toxicity. If you are taking 5-HTP in an effort to boost your serotonin levels, it may be counterproductive to drink, seeing as how alcohol will lower serotonin levels. Always talk to your doctor before taking any  new supplements.

5-HTP is the most common and effective supplement that people take to boost their serotonin. Your body can’t produce serotonin with 5-HTP alone. It also needs vitamin B6 and magnesium. If your goal is to boost your serotonin, you should take a supplement that contains all 3 ingredients that you body needs to make it.

Most people that take serotonin supplements are looking to boost their mood. To get the best results, it’s wise to choose a supplement that contains other mood boosting substances like mucuna pruriens, ashwagandha and curcumin.

If you’re looking to boost your mood and performance in a sustainable, healthy way, you should add TransZen to your daily happiness routine

When it comes to talking about mood health, most commonly we end up talking a lot about how to…

Now you may or may not know that psychedelic compounds are making a comeback. Right now, research and public…

For those of us who may suffer from occasional bouts of anxiety, supplements or drugs can sometimes offer us…

In this article, I’m going to talk about Lecithin. Yes, lecithin, that mysterious food additive that you see in…

Microdosing LSD Microdosing psychedelics has recently exploded in popularity due to the increased interest in psychedelic compounds in medicine,…

Hello Wellness Warriors. I’m going to dive into one of the most controversial topics that is sure to fire…